Ileana L. Piña, MD, MPH caught up with her colleague, chief of the electrophysiology service at the Montefiore Medical Center, Dr Luigi Di Biase, for a lively discussion on where ablation fits into atrial fibrillation and heart failure, as well as Dr. Di Biase’s thoughts on the CASTLE-AF trial.

Ileana L. Piña, MD, MPH: Hi. I'm Ileana Piña from the Montefiore Einstein Medical Center and the Albert Einstein College of Medicine in the Bronx. We are here in the beautiful city of Barcelona for the European Society of Cardiology (ESC) 2017 Congress. I am doing my blog here because I had the opportunity to hear presentations on some terrific new studies. It has been an incredibly enthusiastic population of 31,000 attendees. I'm thrilled today to have one of my own colleagues, Dr Luigi Di Biase, who is chief of the electrophysiology service at the Montefiore Medical Center and internationally known for his work in ablation and atrial fibrillation (AF). Luigi, welcome, and thank you for joining me.

We're going to be talking about atrial fibrillation, which is an incredibly common accompaniment to heart failure. We look at our patients who are fairly stable—New York Heart Association Class II and III. We've medicated them and then they come in, maybe decompensated with the AF. In this great congress there was a presentation of the CASTLE-AF trial, which is similar to Luigi's trial, but now prospectively looking at very hard outcomes. We'll take it from there. Luigi?

Luigi Di Biase, MD, PhD: Thank you very much for the introduction, Ileana. Yes, you are right. Between the literature and many of our colleagues, there is debate about AF and heart failure—which is the chicken and which is the egg? I think heart failure plays a big role here. Treatment of heart failure is very important, just by the fact that many patients may have AF as the initial sign of heart failure.

Dr. Piña: I always thought that, but it has not always been clear in the literature. Certainly, for heart failure with preserved EF (HFpEF), when they lose that sinus rhythm and go into AF they decompensate.

Dr. Di Biase: Yes, absolutely. You see this in patients with tachycardia-induced cardiomyopathy, so-called TIC. These patients are in decompensating heart failure and in AF, and once you restore sinus rhythm the EF comes back to normal. What can we do for AF if a patient has a reduced EF? We have rate control, which is very difficult to achieve. In Europe, we only have amiodarone, and we all know about the toxicity. Many trials show an increased mortality with the use of amiodarone, in addition to severe side effects.

Dr. Piña: That is not one of my favorite drugs.

Dr. Di Biase: Then you have cardiac ablation. Catheter ablation represents a very effective treatment option that is superior to medication, but there is a reluctance to use this treatment option in patients with heart failure.

Dr. Piña: Because it's invasive. People are trying to stay away from invasive.

Dr. Di Biase: The common belief is that AF is a nuisance. "You can live with it; don't worry about it." But then you see the decompensating patients. Many trials have shown that patients undergoing successful ablation do better than patients staying in AF. AATAC was a randomized trial of amiodarone versus catheter ablation for freedom from AF in patients with an implantable cardioverter defibrillator (ICD) or a cardiac resynchronization therapy defibrillator (CRT-D). Two procedures were allowed for catheter ablation in the first 3 months. Follow-up was done by ICD. Superiority of ablation was very effective in restoring sinus rhythm. Secondary outcomes of the trial were improved mortality and unplanned hospitalizations. These patients had a lower rate of re-hospitalization for heart failure. This trial was very important because it was the first trial in this patient population, even though it had only 100 patients per group.

Dr. Di Biase: Now we are here in Barcelona, where Dr Marrouche and senior author Dr Brachmann presented the late-breaking CASTLE-AF trial. It was a similar trial to AATAC—a little bit bigger but still not many patients. It was a good trial where patients were randomized to catheter ablation versus standard medical therapy, which included rate-control and/or antiarrhythmic drugs. The prominent point of the trial was total mortality at follow-up. What is amazing is that the trial was positive for catheter ablation reducing mortality. 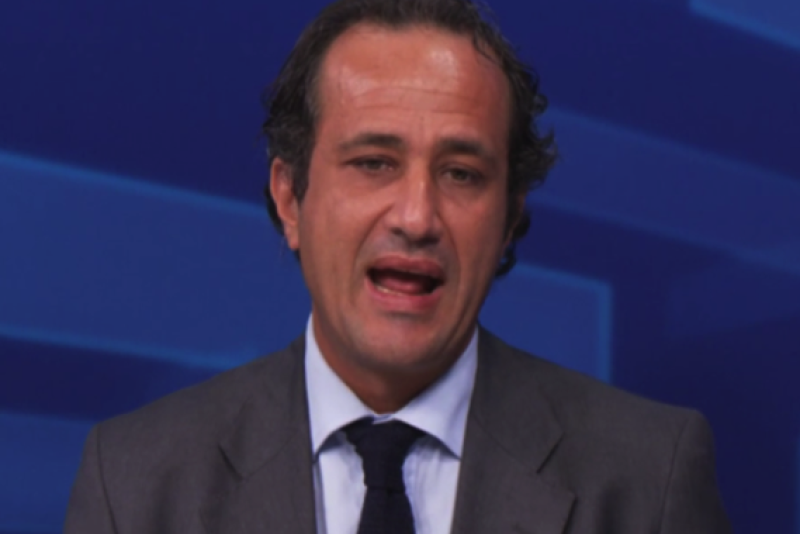